Promoting the tradition of “helping people in difficulties”, the leaders, staff and partners of Saigon – Hanoi Commercial Joint Stock Bank (SHB) and companies of businessman Do Quang Hien have donated more than VND 20 billion to support people in the Central region to overcome natural disasters, bringing the total amount of money Mr. Hien donated and called for supporting Central region in recent time to nearly VND 30 billion. From the beginning of October to now, the total amount of money Mr. Hien and companies in the ecosystem supported social security activities across the country is more than VND 70 billion.

Recently, the Central region of Vietnam has suffered severe and intense natural disasters. Many households have no houses and no livelihoods, so many hectares of rice, crops, and rubber are destroyed and when they will be restored is still unknown, the results of people’s working for a lifetime are swept away by the flood. Natural calamities have made the lives of people on this poor strip of land which are already in difficulty, become more difficult. Photo: Mr. Do Quang Hien – Chairman of SHB Board of Directors, personally supported VND 7 billion to stand with the Central region to overcome floods

Sympathizing with the loss of the people and wishing to partially share the difficulties of the Central region, on the evening of October 28, through the “Firm Belief in Vietnam” account, SHB launched a call for supporting people in Central region to overcome natural disasters. The call attracted a lot of individuals and organizations including leaders, employees and partners of SHB, T&T Group and companies of businessman Do Quang Hien to join, with the total amount of donation received of more than VND 20 billion. With the spirit of “decent leaves protecting torn ones”, through this money, SHB hopes to help people in flooded areas overcome their difficulties and stabilize their lives soon.

In order to spread the spirit of standing side by side with the Central region, SHB is still promoting support for people of Central region to partners and employees of companies in the ecosystem of businessman Do Quang Hien. Each donation sent to the people is to contribute an extra meal, a buoy to support and is a meaningful spiritual strength to help people in the flood center balance their lives when natural disasters pass. 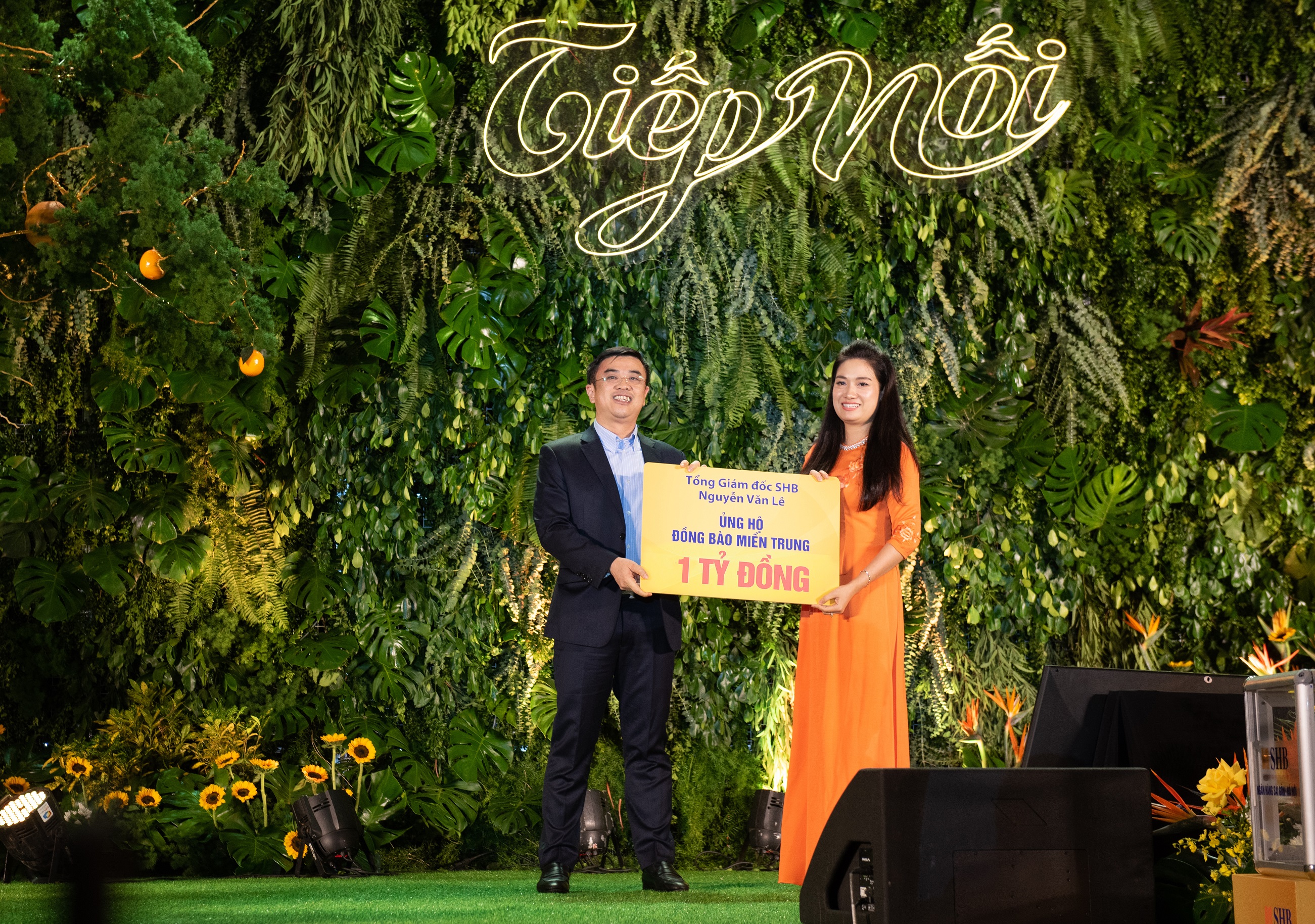 Before that, at the “Business Night” 2020, SHB and companies of businessman Do Quang Hien donated more than VND 8 billion to support people of Central provinces to overcome difficulties and floods. Also in October – the peak month of “For the Poor” nationwide, these companies donated VND 35.5 billion to the  State and  Hanoi’s Fund “For the Poor” and VND 900 million for the Children Sponsoring Fund of Ha Noi City. From the beginning of October up to now, the total amount which Mr. Do Quang Hien, SHB, T&T Group and companies in the ecosystem supported for social security activities nationwide is more than VND 70 billion. Photo: With the spirit of “decent leaves protecting torn ones”, SHB hopes to help people in flood areas alleviate their difficulties and stabilize their lives soon.

The spirit of humanity towards the community is also replicated by SHB and becomes a guideline for all activities. That is the difference that makes up the culture and advantages of the Bank. Through specific programs and activities that take place every year such as Giving gratitude houses; Building flood bridges; Tet for the Poor, etc., SHB always affirms its goal of becoming a bank that always accompanies the common development of the community and contributes human values to society.