On the evening of October 24, in the framework of the 2020 Thang Long Companies and Businessmen Honoring Ceremony held by the Hanoi Association of Small and Medium Enterprises (SMEs) at the Hanoi Opera House, on behalf of the Party and State leaders, Mr. Vuong Dinh Hue, Member of the Politburo, Secretary of the Hanoi Party Committee awarded First Class Labor Medal to Mr. Do Quang Hien, Chairman and CEO of T&T Group. Also on this occasion, T&T Group, SHB Bank and other companies in the ecosystem of Mr.Hien donated more than VND 8 billion to support flood victims in the Central region of Vietnam.

The First Class Labor Medal awarded this time is the recognition of the Party and the State to businessman Do Quang Hien for his outstanding achievements in production and business, contributing to the cause of building socialism and national defense. Before that, in 2018, Mr. Do Quang Hien had received the title of Outstanding Capital Citizen. 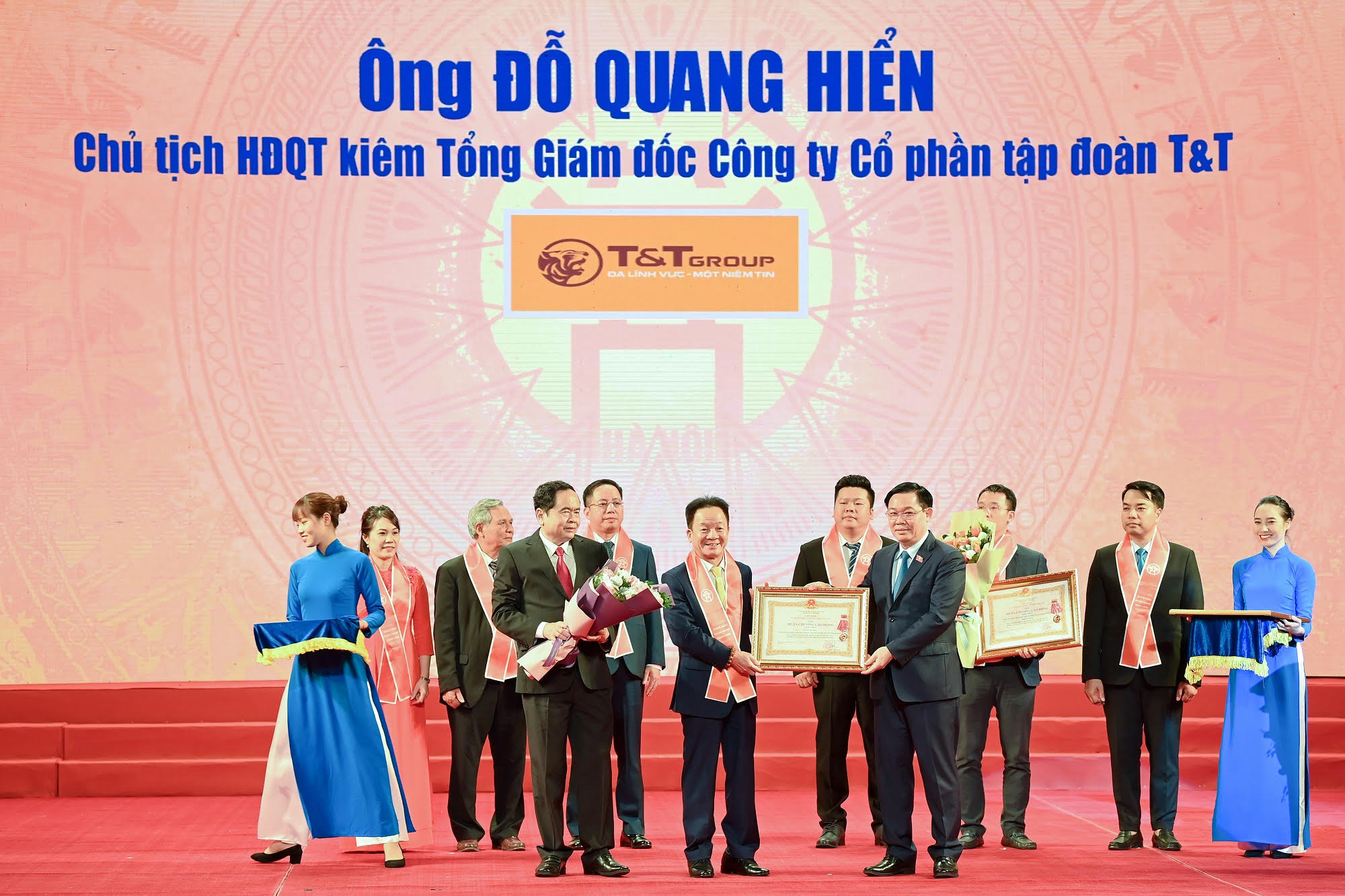 Photo: Mr. Do Quang Hien – Chairman and CEO of T&T Group was honored to be awarded First Class Labor Medal by the Party and the State for his positive contributions to the cause of building socialism and national defense.

In addition, T&T Group, SHB, BSH, and SHS also presented VND 900 million to support the Hanoi Children Protection Fund, contributing to support and encourage children in extremely difficult circumstances in the city in learning and training to rise in life.

In 1993, Mr. Do Quang Hien started his own business career by establishing T&T Technology and Trading Co., Ltd. (the predecessor of T&T Group today), specializing in trading electronic products, refrigeration, electrical appliances, office equipment, telecommunications equipment, etc. After that, he achieved success in the field of motorcycle production by investing in a large scale in this field. 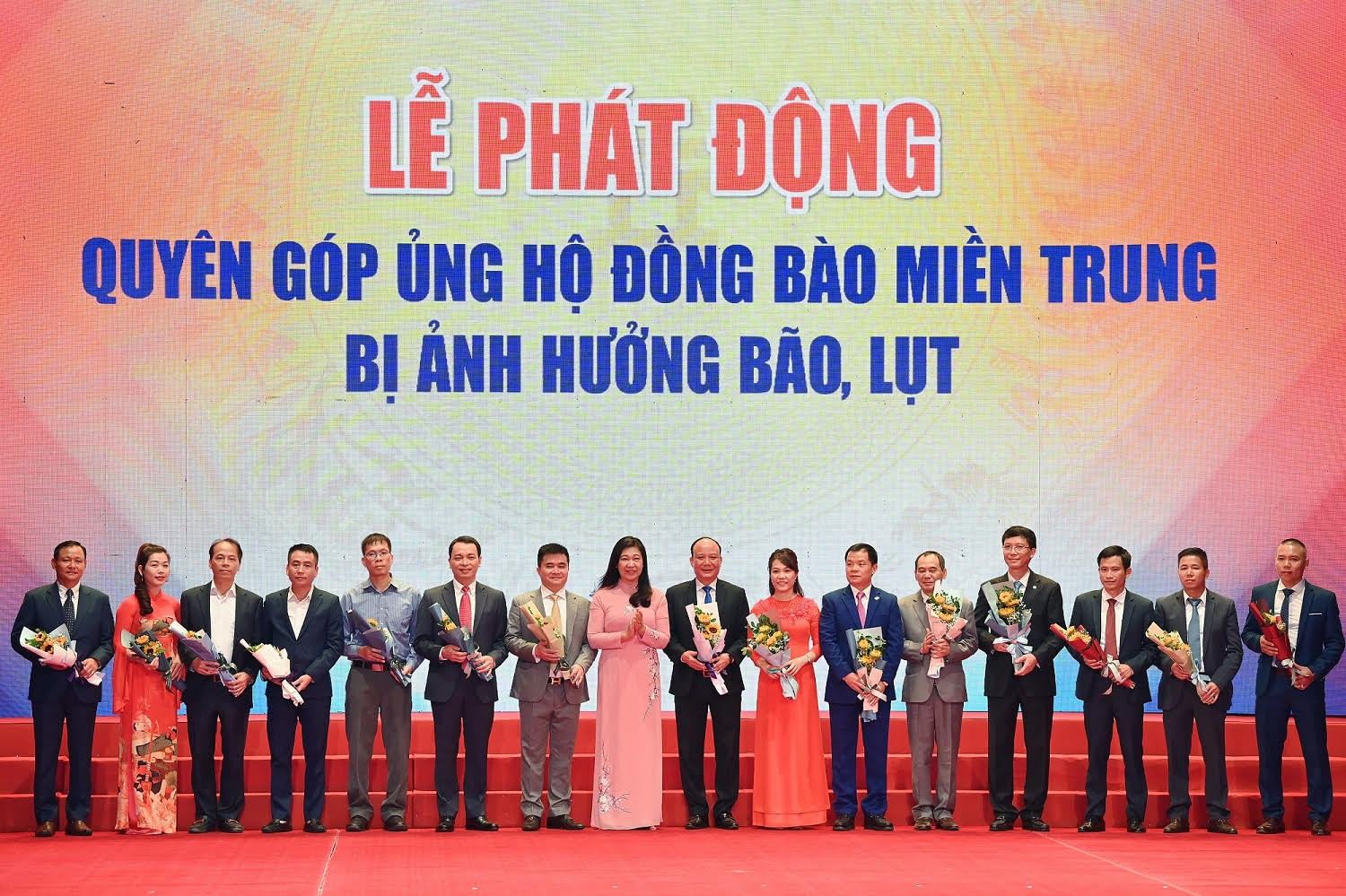 Photo: With the philosophy of “business development associated with social responsibility”, companies of Mr.Hien supported more than VND 8 billion to support the people in Central region of Vietnam to overcome floods.

In 2006, he invested in the financial sector and became Chairman of the Board of Directors of SHB Bank. He and his employees firmly steered the SHB ship through the tough waves such as the financial crisis, the real estate bubble in the period 2008-2012, successfully taking over Habubank (which was in danger of collapse with huge bad debts) – completing the first voluntary restructuring deal in the banking industry, acquiring Vinaconex-Viettel Finance Company, etc.

Over the past 27 years of establishment and development, up to now, companies led by businessman Do Quang Hien have achieved outstanding business achievements, becoming reputable enterprises, holding the position of “leader” in many fields.

T&T Group has become one of the leading multi-sector private economic groups in Vietnam, operating in multi sectors with charter capital of VND 15,000 billion and a system of over 80,000 employees working both at home and abroad. T&T Group has strengths and has made a mark in 7 main business areas including: Finance & Investment; Real Estate; Industry and Trade; Agriculture, Forestry & Fishery; Transport Infrastructure, Seaport & Logistics; Energy and Environment; Health Care, Education and Sports. As for the real estate sector, T&T Group has affirmed its position as it is developing hundreds of projects across the country, many of which have scale of hundreds or thousands of hectares; diverse in types: from apartments, commercial houses, urban areas, hotels, resorts, offices for rent and trade centers, to industrial real estate and agricultural real estate.

SHB currently is ranked in the Top 5 largest commercial joint stock banks in Vietnam, and Top 10 most prestigious commercial joint stock banks in Vietnam. As of June 30, 2020, SHB’s total assets reached more than VND 391,000 billion; charter capital reached VND 17,558 billion; equity capital reached VND 35,652 billion – which are the foundation for the bank to complete all the pillars of Basel II in 2020. SHB has grown strongly with more than 8,500 united and dedicated staff, more than 530 transaction points at home and abroad, connecting to 400 correspondent banks on all continents; serving more than 4 million individual and corporate customers, etc. 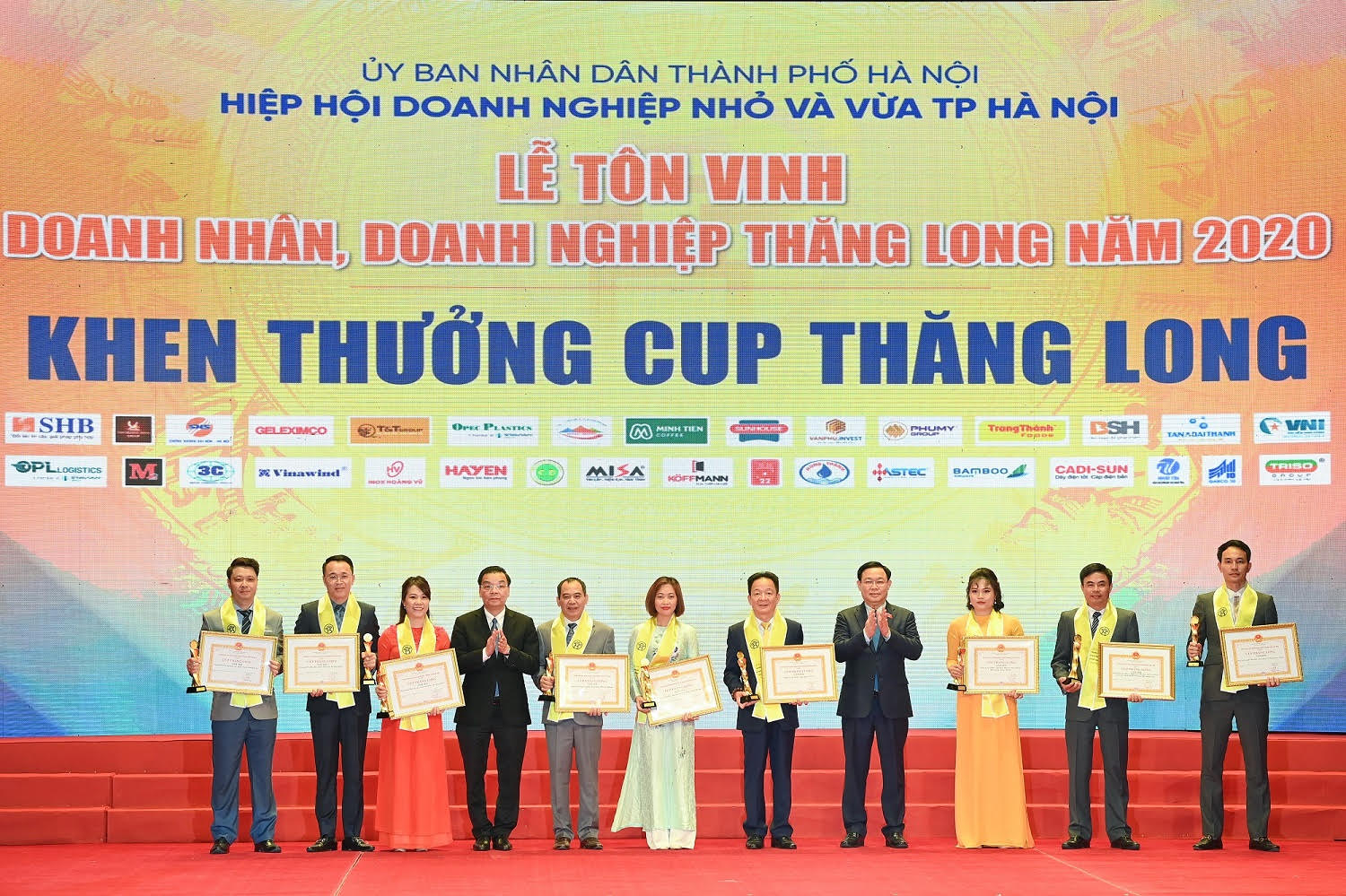 Photo: T&T Group and SHB were honored to receive Thang Long Cup, honoring enterprises’ contributions to the development of society.

In addition to business development, contribution and general socio-economic development of the country, job creation for employees, T&T Group, SHB and companies of businessman Do Quang Hien also pay special attention to social security, contribute and support thousands of billion VND for gratitude works, social security activities, charity throughout the country. Particularly during the COVID-19 epidemic outbreak in our country this year, T&T Group, SHB and its member units have donated more than VND 65 billion for epidemic prevention and for supporting for the poor in localities affected by the epidemic. Most recently, in October 2020, in response to the call of the Vietnam Fatherland Front Central Committee and Hanoi City for the Peak Month for the Poor, T&T Group, SHB Bank and companies of businessman Do Quang Hien donated VND 35.5 billion to the Fund “For the Poor” of the Central Committee and the Fund “For the Poor” of Hanoi City. 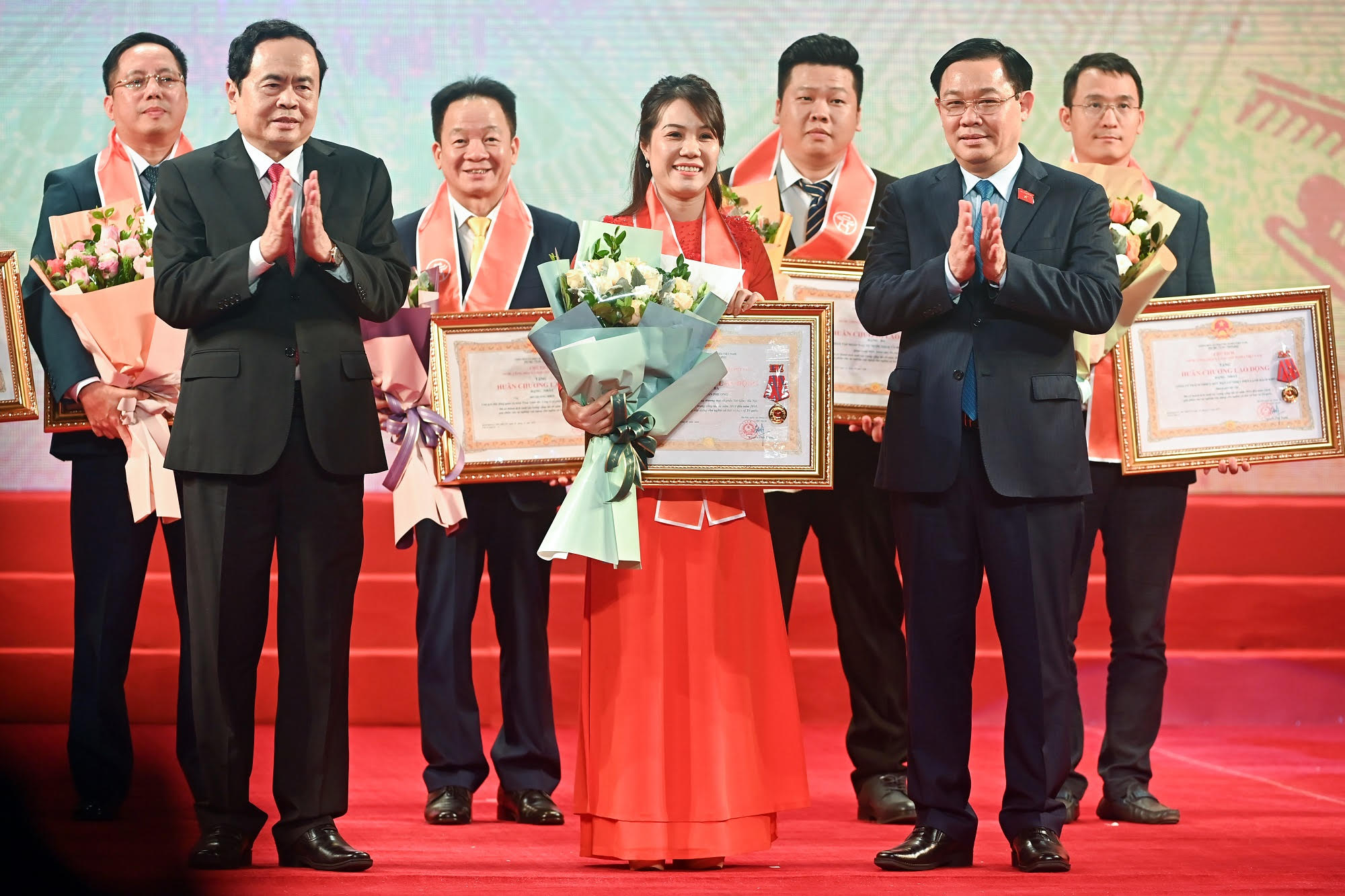 The prestigious and noble titles and awards presented by the Party and the State contribute to the realization of the goal of bringing the T&T Group brand in the Top 5 groups with prestigious major brands in Vietnam and Top 30 major brands in Asia, making SHB the leading modern universal retail bank in Vietnam and in the Top 3 largest commercial joint stock banks in Vietnam, affirming the position and image of Vietnam spirit, Vietnam will, Vietnam power on the world map.