On the evening of October 6, 2020, in Hanoi, the People’s Committee – Vietnam Fatherland Front Committee of Hanoi organized the Launching Ceremony of the Peak Month “For the Poor 2020”. With the philosophy of business development in parallel with social security support, Saigon – Hanoi Bank (SHB) and T&T Group have joined hands to donate VND 5 billion to the Fund “For the Poor” of Hanoi.

The campaign “Day for the Poor” launched by the Central Committee of the Vietnam Fatherland Front since 2000 has received a positive response from all classes of people in the capital and the country in which Hanoi City is one of the localities that launched, propagated and responded to the campaign the most enthusiastically and notably. In 2019, the Fund “For the Poor” of Hanoi alone received VND 70.16 billion, supported building and repairing houses for more than 1,300 poor households, providing medical examination and treatment for more than 2,100 poor people and helping nearly 10,000 children of poor households with access to school, etc. These efforts have been successful in reducing the city’s poverty rate to just below 0.42%. However, at present, there are still more than 8,400 poor households and nearly 42,000 near-poor households in the city which are in need of help from kind hearts. Therefore, timely and practical support from businesses in particular and from all classes of people of Hanoi City in general will be a valuable source of motivation, empowering both physically and mentally so that households in difficult circumstances have a solid foundation from which to rise out of poverty and stabilize their lives. 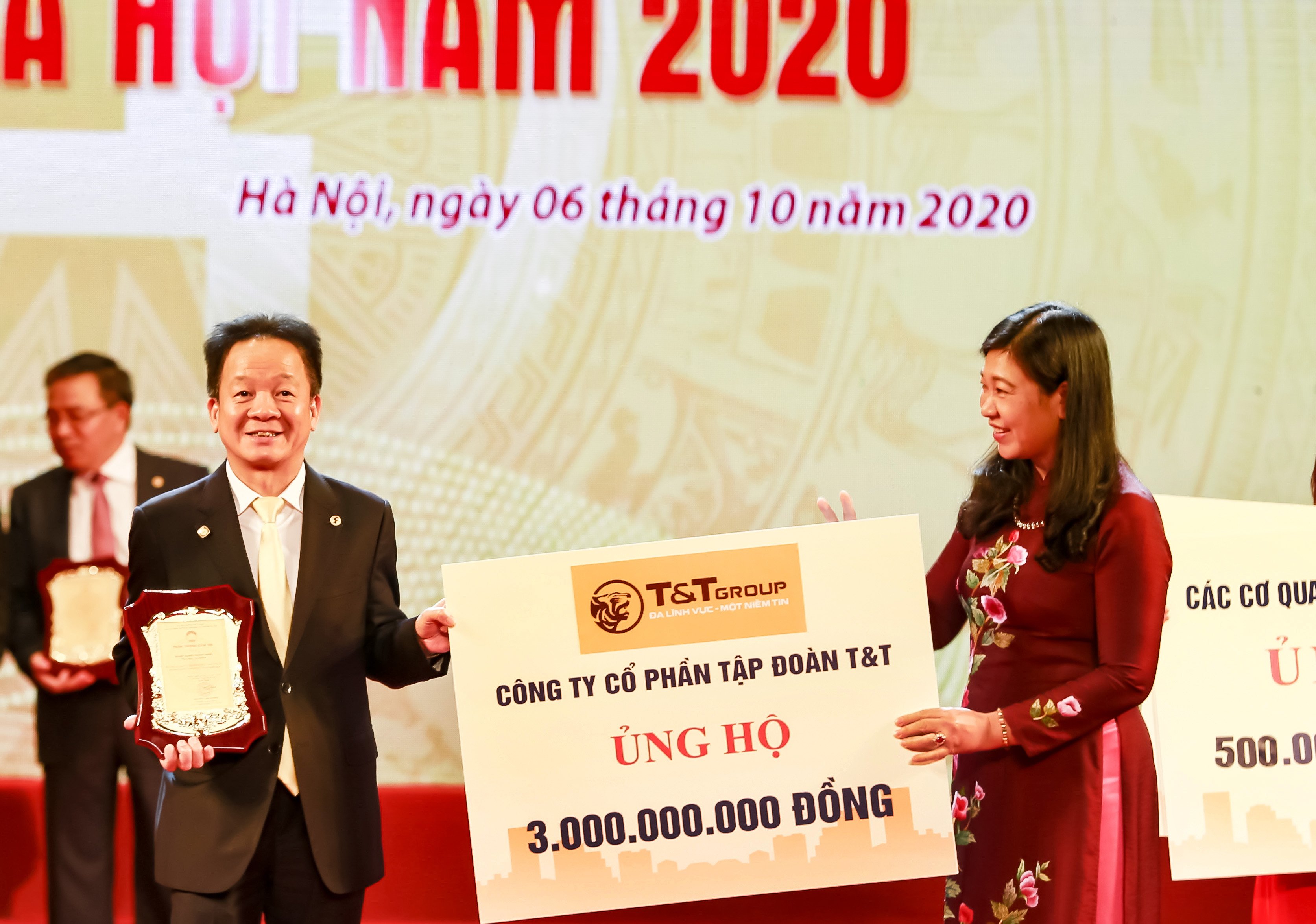 Photo: Chairman and CEO of T&T Group – Mr. Do Quang Hien presented donation to the Fund “For the Poor” of Hanoi City.

This is not the first time Mr. Do Quang Hien and his companies have been leading the way to support social security activities launched by the Party, State and Hanoi City. The humanitarian spirit towards the community is replicated by SHB, T&T Group and becomes a guideline in all activities. T&T Group and SHB regularly sponsor and support funds for localities to implement programs to support the poor and disadvantaged people in the provinces and cities nationwide, through specific programs and activities which take place almost every year like donating houses of gratitude; building flood bridges; Tet for the poor, etc. Photo: CEO of SHB Bank – Mr. Nguyen Van Le presented donation to the Fund “For the Poor” of Hanoi City

Especially from the beginning of 2020 up to now, in the context of the country’s socio-economic difficulties due to the Covid-19 epidemic, SHB Bank, T&T Group and companies of businessman Do Quang Hien have always been at the forefront of supporting the fight against Covid-19 epidemic, continuously made timely and practical support actions towards difficult people in all regions, with a total donation of over VND 65 billion. At the same time, SHB also has special incentive programs to help businesses and individuals overcome difficulties caused by Covid 19 epidemic. Photo: T&T Group and SHB jointly donated VND 5 billion to the Fund “For the Poor” of Hanoi